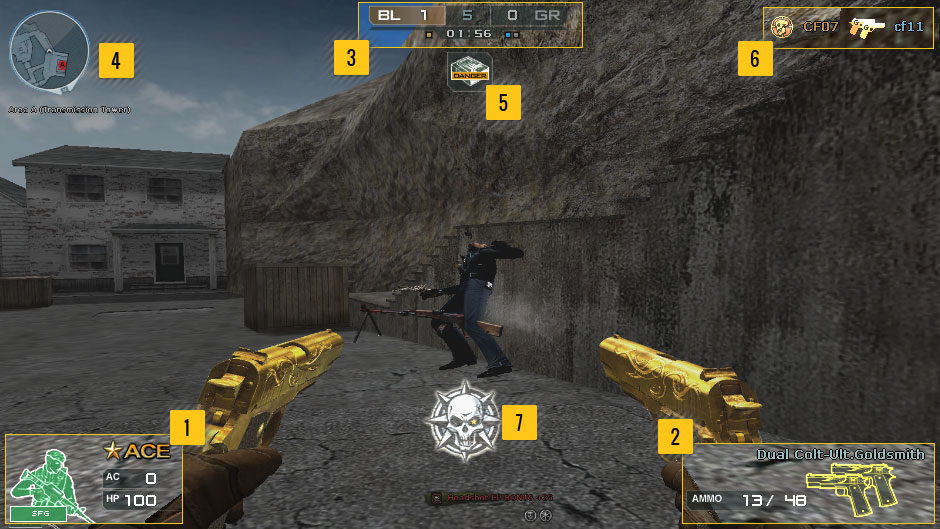 The interface of CrossFire can change depending on what mode you play, but the above sections are mostly unchanged from game to game.